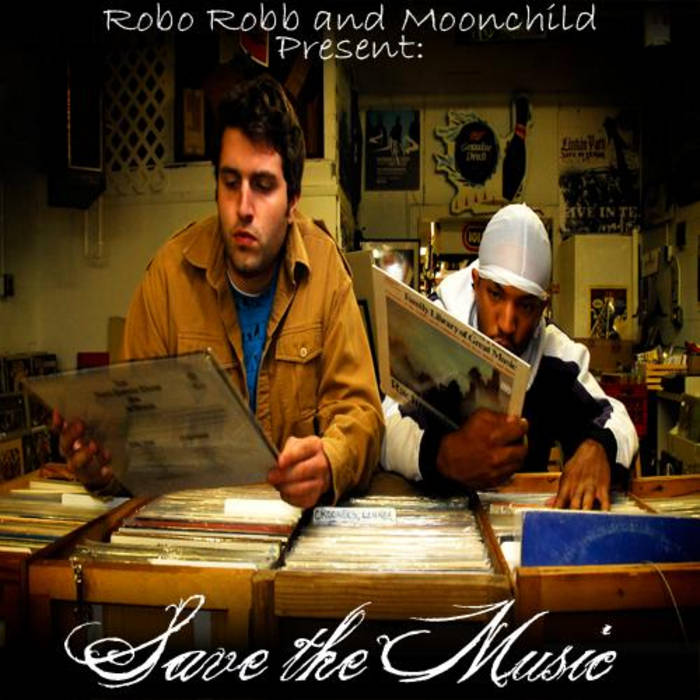 Robo-Robb was created to Save the Music. One day Moonchild comes along and finds the young robot and puts him on a quest to save the music and ultimately save the world. During Robo-Robb's tutelage under Moonchild he is laser beamed down by a mysterious enemy. Under the assumption no robot could withstand such an attack Moonchild returns to the moon. Shortly after leaving Robo-Robb comes back into health and takes the nearest star ship to meet his friend and teacher. The whole moon is in anticipation and is ready for the arrival of their general in the battle against the audiological villains. This chapter ends when the troops have been trained and are ready for the greatest battle in the universe.

Bandcamp Daily  your guide to the world of Bandcamp